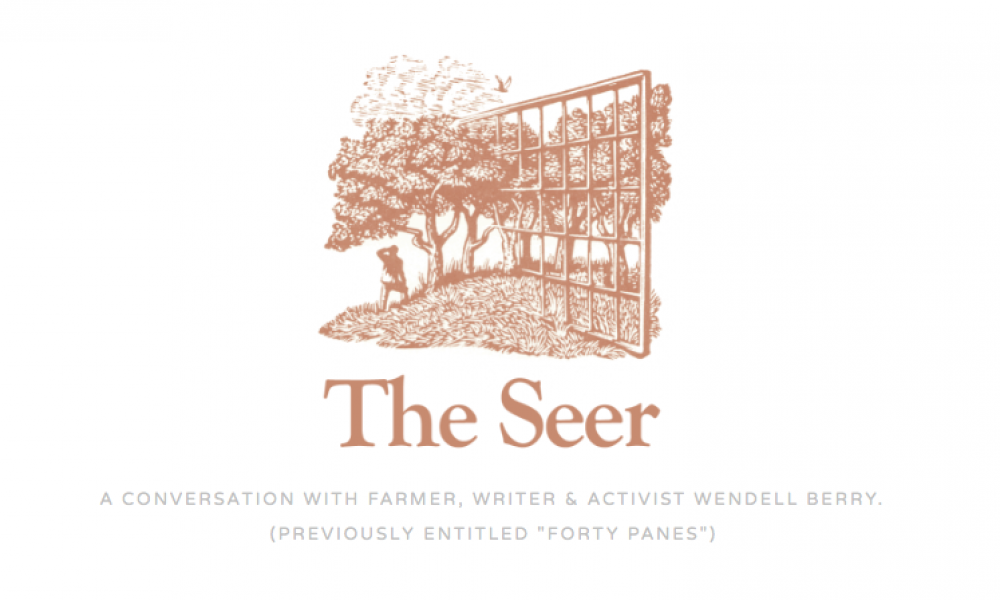 I met director Laura Dunn back around 2007. She was licensing a few pieces from me for her documentary film “The Unforeseen” and it was screening at the MOMA in NYC. Robert Redford (who along with Terrence Malick was an EP on that film) gave the introduction.  The film was stunning: I had no idea a documentary could be so engaging and compelling. Apparently the filmmaking community also thought it was amazing: it premiered at Sundance and later it won the “Truer than Fiction” award at the Independent Spirit Awards.  I loved being able to meet Laura in person: she was very warm and friendly and very laid back. She reminded me of people from my hometown in Illinois.

Flash forward to Christmastime 2013.  Laura emailed me to say she had been working on a film about the American writer and poet Wendell Berry and wanted to chat about some music ideas. I had a lot of new stuff to throw at her: since “The Unforeseen” I had written a ton of new music, launched The Candlepark Stars, and was getting ready to record “The Architect.”  I also had a batch of contemporary-sounding pieces that were a nice mix of electronic, acoustic, and “vagueness” — and knowing how she treats music, I thought they might be a fit.  We talked about the possibility of me doing a few custom score cues for this doc but Laura is an editor that really likes cutting to music, so it was looking like it would probably be a license deal vs a custom score. I was just excited to have some music under consideration for this doc, because I knew that if she was behind the wheel, it would be a stunning film.

A few months ago Laura had her final cut ready to go and a few of my pieces were built into it. And then I got that most excellent email: the one that said “Would you do some custom scoring for this? I want that continuity and a specific musical voice.”  I very quickly replied with an all-caps YES.  Turnaround time would be quick — 3-4 weeks max — so I got my copy of her locked picture, grabbed my notebook, and ran it through the AppleTV so I could watch it on my giant 65″ plasma screen.  90 minutes later I realized that I hadn’t written anything in the notebook — it ended up on the floor at some point — because I was completely glued to the screen from start to finish.  I was floored. I watched it a second time, this time WITH notebook, and then got to work the next morning.  This was a very special kind of challenge: when a film is so good that you know the music has to be absolutely perfect.

This movie needed a score that felt like Americana but without being blatantly Americana. What that translated into musically was a lot of piano — minimalist, on the quiet side, part-aloof and part-sentimental — and a cello.  It needed cello: that felt like the magic ingredient. And there is only one person I trusted with a task like this: my friend Peter Gregson, cellist extraordinaire. What I love about working with him is that he’s also a classical and film composer, so he’s got a built-in understanding of music-for-picture: when to pull back, when to let things be quiet, and when you can sneak in a little extra emotional trigger at just the right time.  He’s in London and I’m in L.A., so I’d send him sessions with his parts built in and then he’d just FTP them back to me with his cello recordings.  I had written a really long email to him about the vibe I was going for — practically a manifesto — and I was nervous-excited to hear his first pass at the first cue.  And I remember his email just saying “Let me know what you think. Notes on a postcard?”  and I listened to it and WOW. Wow wow wow.  He had nailed it.  People who know Peter know that his forte is improvisation, and his work on this score was 50% playing what I gave him to play, and 50% improv’ing within the structure of the piece I had written. And when I put that first cue against the picture it was absolutely magical. And so it went for the remainder of the score: I’d send Peter his parts, I’d get them back and put them against picture, and each and every time: magic.  On the first pass! No revisions necessary.

The score is finished now, and the film has been sound-mixed and color-corrected and all of those end-of-the-process things that happen behind the scenes on a movie. And you know, I miss it. I miss spending time with this movie, figuring out the music, and listening to Wendell Berry’s voice. It was a very immersive experience, scoring this doc, and it was a big challenge. I’ll be posting updates when it’s released, and there will definitely be a score album to accompany the film’s release.  I can’t wait for people to see it.

As a postscript: “The Unforeseen” is now available on iTunes in glorious HD, and you should watch it. It’s worth your hard-earned iTunes allowance, I promise. 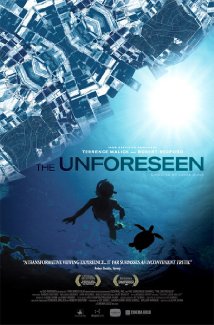